The US mid-term election results – possible effects on the markets

The US mid-term election results – possible effects on the markets

The early results from the US mid-term election are in and they point in one direction – congressional gridlock. Democrats are celebrating taking control of the House of Representatives while Republicans increased their Senate majority. The United States House of Representatives is the lower chamber of the United States Congress, the Senate being the upper chamber. Together they comprise the legislature of the United States. The House takeover will change the dynamics of politics in Washington because The House and Senate are equal partners in the legislative process—legislation cannot be enacted without the consent of both chambers. It is therefore highly unlikely that further tax cuts will be passed, but Democrats wouldn’t be able to kill the tax cuts already in place or raise the minimum wage either.

But what do these results mean for investors?

Firstly, it’s important to point out that the fundamental issues affecting the US stock market haven’t changed. The Federal Reserve policy and the US-China trade war continue to be the primary drivers of market performance and the results from the mid-term election only give us an idea of what direction these might take in the future.

Generally, the expectation is that the dollar will weaken and the bond yields will stabilise. The effects of the tax cuts that propelled the US economy into the longest bull run in history are likely to diminish going into 2019, thus bridging the gap between the US stock market performance and this of the rest of the world. This may also bring the Fed tightening cycle to an end earlier than previously expected.

The possibility of further fiscal stimulus also diminishes. With the 2020 presidential elections in sight, Democrats are unlikely to help boost the economy and thus give the Republicans an advantage.

The weaker dollar is good news for emerging markets. As noted in our Market Overview & Outlook – September 2018 article, emerging markets have a significant amount of dollar denominated debt. A weaker dollar means a lower debt bill. This helped emerging markets stocks gain momentum and is positive news for them in the short term. However, it is worth noting that in the long run the strength of the dollar is set by the strength of the US economy which still bolsters very low unemployment and increasing wage growth.

Another possible result from the election is that it may drive investors looking for a bargain away from the expensive US stock markets. If the US economy slows down driven by the Fed tightening and the global economy improves the difference in performance will diminish.

Another date to watch will be this Thursday when The Fed is due to release its latest policy statement. Another rise in interest rates is in line at the same time as the European Central Bank is due to conclude its bond-buying programme thus making access to liquidity harder.

As mentioned above, trade tensions are the other primary factor investors are using to gauge the likely future performance of the markets. The spotlight at the end of this month will be on the G20 summit in Buenos Aires where the US and China will have an opportunity to discuss their stance on the ongoing trade war. With Trump being supported by Democrats and China facing a slowing economy this feud is unlikely to be resolved in the near future.

Despite all the noise the economic outlook is still positive. The fundamental factors that drive performance remain strong: low inflation, very low unemployment, strong GDP growth and stellar corporate earnings continue to support the US market. The ‘biggest threat’ to economic growth, as noted by President Trump, are the Fed interest-rate hikes.

Please note, this article is for information only and does not constitute investment or tax advice. Past performance is not necessarily an indication of future returns; the value of investments and any income from them is not guaranteed and can fall as well as rise; pension rules and tax legislation are subject to change. If you would like investment or pension advice on your individual circumstances, please do get in touch on 01392 875500 or enquiries@milfordanddormorfp.co.uk.

Giving back: Our charities for 2020

Always on the front-foot

Please feel free to share it with your contacts and friends through social media. 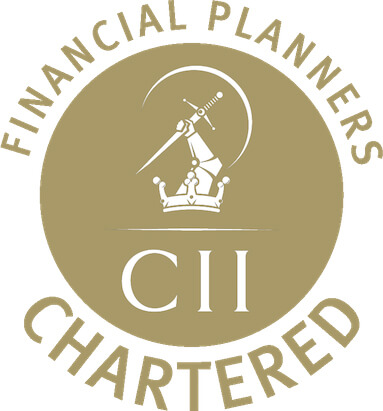